The Northamptonshire Natural History Society was founded in 1876 and is still going strong today. It has at least ten active sections, which cover a range of natural history study areas, from astronomy to zoology. The Society runs a full events programme throughout the year, including talks, walks and workshops.
The following extract was an article in the Northamptonshire Natural History Society journal in 1935. A group of members took a trip to Badby, near the source of the Nene, to listen to the early morning birdsong.
"Twenty members of the Northamptonshire Natural History Society and Field Club held an all-night outing on 18th May [1935] and were well rewarded for the sacrifice of a night's slumber. The dawn song of the birds in May is a thrilling and never to be forgotten experience.
Starting at Preston Capes, the merry party fortified themselves at a cottage with hot drinks and then tramped on across woodland and pasture in the direction of Fawsley. The moon was full and brilliant and cast its silvery rays over the landscape. The track was picked up by the light of electric torches. Night gradually and surely changed to early morn. The small hours were accompanied by a very definite snap of frost and the keenness of the air was best indicated by the formation of icicles on the iron fences of the parkland. The moon, reflected in the waters of the lakes, made an eerie scene and the silence was broken now and again by the bark of a fox or a moorhen skimming across the waters. Whilst some of the members rolled themselves in groundsheets under the shelter of the beeches and snatched a few winks, others kept out the cold by sharp walking along the drives of the park. The chorus was late. Frost delayed the song by nearly half an hour. Some thirty birds contributed to the symphony and were noted and timed. Sedge Warblers sang at 3 a.m., Peewit 3.50, Partridge 4, Pheasant 4.3, Cuckoo and Chaffinch 4.6, Blackbird 4.7, Thrush 4.8, Rook 4.15, Hedge Sparrow 4.19, Wren and Lark 4.20. Wood Larks sang in the tree tops and were very elusive. The Tree Creeper performed up and down the tree trunks. Mr. Jackdaw left his nest in the hollow tree and Robin twitted from bush to bush.
Members, under the skilled guidance of Mr. J. E. A. Heggs, kept a silent and patient watch for Brock the Badger, but were disappointed. His track to the wood could not be mistaken. Doubtless he had been on his nocturnal wanderings, but was master of the situation in his underground retreat.
Badby Wood was a sheer delight in the early morning. Although the sun failed to radiate through the beautiful green foliage, the carpet of bluebells was a beautiful sight and put all in a cheerful mood.
The all-night adventurers did full justice to a hot breakfast served at Badby. A very happy feature was the meeting with the Society's President (Mr. J. Cotton) and Mrs. Cotton, who acted as host and hostess, to the delight and grateful thanks of all. The outing was a great success for after leaving Preston Capes the weather was beautifully fine.


The arrangements were made by Mr. A. E. Tyrrell, Joint Secretary of the Society, and he acted as leader."

Hold and drag to see more detail in the image 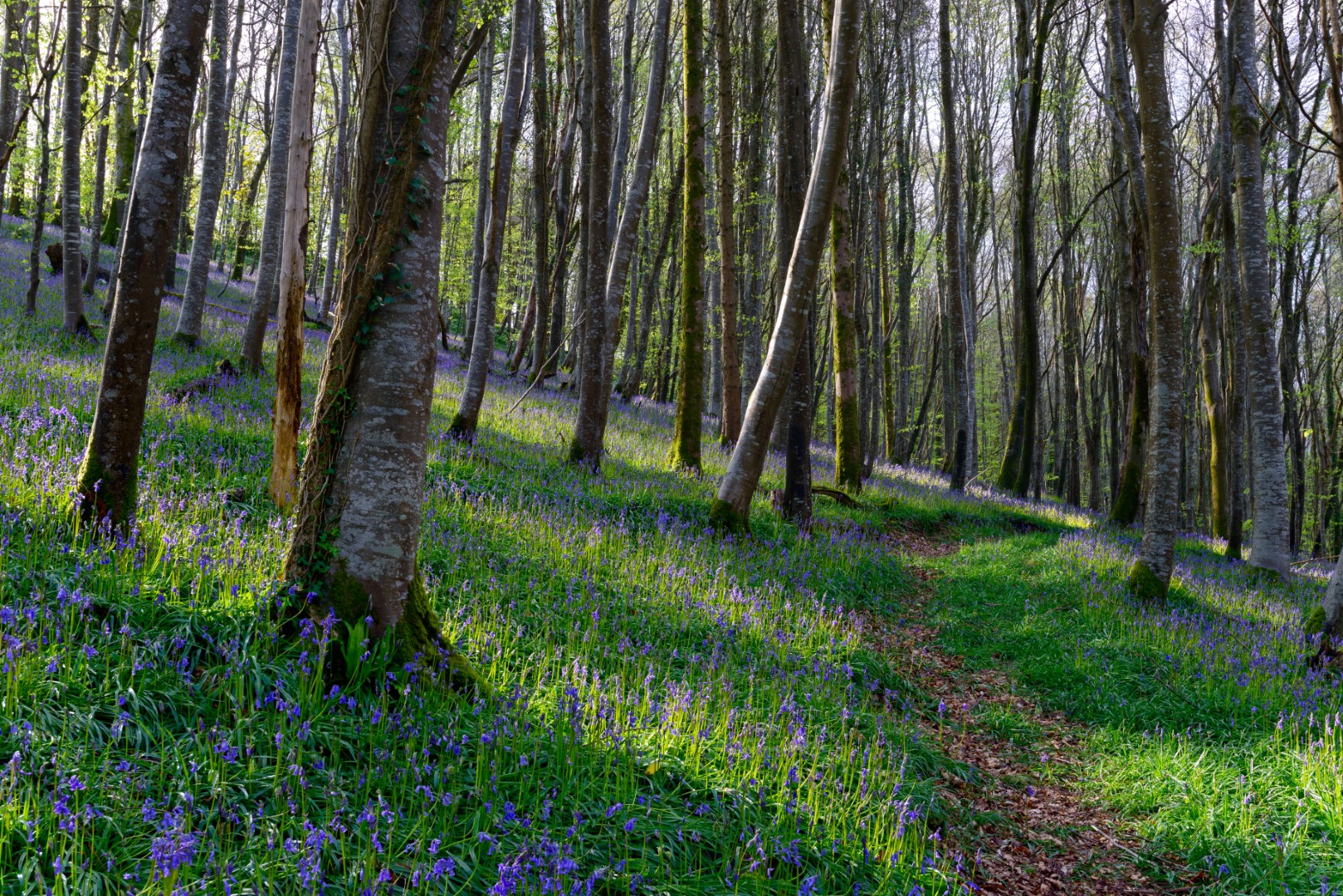